Since its Islamic Revolution of 1979, Iran has been the undisputed leader of Islamism, the worldwide movement for Islamic revival. Islamism seeks to resurrect Muslim society from 300 years of decline by returning to its historic formula for success: Islamic law and government over Muslim lands. Iranian President Mahmoud Ahmadinejad has carefully laid out the Islamist view of the world for several years. He depicts a morally superior Muslim society based on Islamic concepts of justice, equality, and human dignity, while proclaiming America selfish, corrupt, hypocritical, and oppressive. Islamist animosity toward America also focuses on U.S. alliances with autocratic regimes in the Muslim world like Egypt, Jordan and Saudi Arabia as well as American support for Israel, “the illegitimate offspring of the Great Satan.” In order to achieve “a new beginning with the Muslim world,” President Barack Obama has emphasized the”shared hopes and common dreams” of America and Islam, while expressing regret over past U.S. treatment of Muslim nations. Meanwhile, Obama is committed to diplomacy with Iran as the path toward nuclear compromise and reconciliation. However, despite having “generations of Muslims” in his family, does President Obama really understand Islam’s world view? By tracing the history of Islam’s great conquests and determined struggles against non-believers since the time of the Prophet Muhammad, Director Joel Gilbert illustrates that Islam’s values and goals are decidedly different from and mostly incompatible with Western secular society. “Marg-bar Amreeka (Death to America)!” Atomic Jihad leaves little doubt that Iran is in the final stages of preparing a Coming War for Islamic Revival. Meanwhile, by seeking to appease Ahmadinejad with “change” in U.S. Middle East policy, President Obama is ushering in the Politics of Defeat for America. If successful in its nuclear program, Iran and its allies will finally possess the means to achieve their ultimate goals – the defeat of America and the return of Islam to past glory. 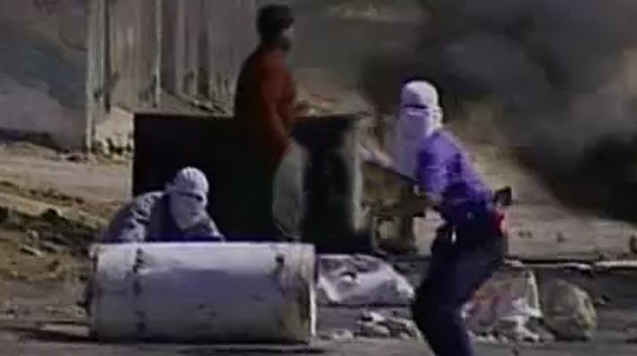 Ahmadinejad has stated that nuclear technology is the key to Iran becoming an invincible global power.