A day after rival Hillary Clinton fell ill at the 9/11 ceremony at the World Trade Center, a pro-Donald Trump SuperPac is launching a digital ad in Times Square depicting Trump as Superman.

The video shows Trump — with a big red T on his chest — flying through clouds with the American flag in the background.

The 55-foot digital billboard sponsored by the Committee to Restore America’s will run from Sept. 13-16 and the following week along the I-4 Corridor in Central Florida.

The billboard is on Broadway between 46th and 47th Street.

The Super Trump costs a super $25,000, according to Trump adviser Roger Stone.

“Donald Trump has the stamina to be president,” Gilbert said.

“You see Trump traveling the country on his airplane. He’s looking to solve people’s problems…It’s giving power back to the people. Who is more American than Superman?”

“When I was a kid, Superman was my idol because he stood for Truth, Justice, and the American Way, just like Donald Trump,” said Shillman. 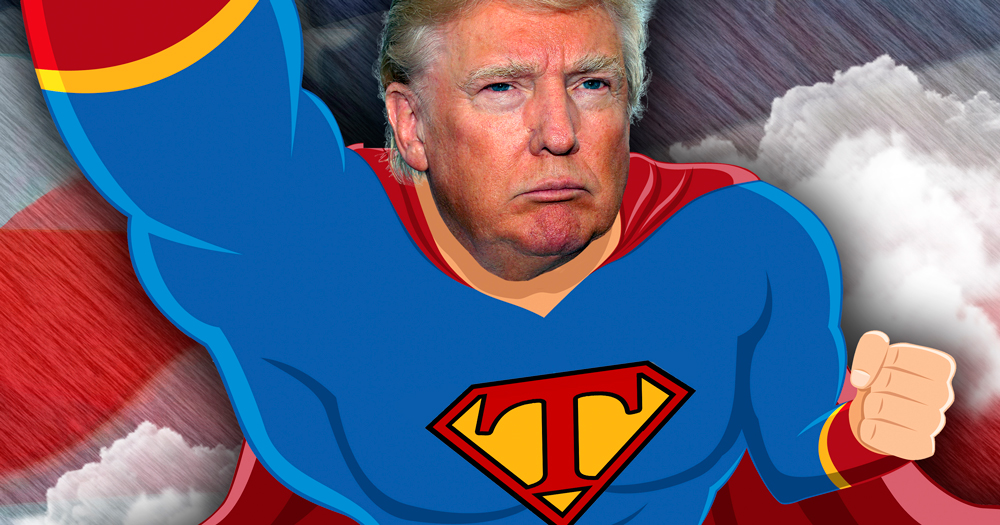 “Donald Trump has the stamina to be president,” Joel Gilbert